This art movie is in autobiography way. It adapts the life of British writer Virginia Woolf, also with her famous work 《Mrs. Dalloway》. In some introductions, this movie is usually pasted with key words ‘Feminism’ and ‘Lesbianism’ . However, I don’t think great works like this one can only be defined by one ‘-ism’. It is more like to tell humanities, to reveal real and common feelings of all creatures. 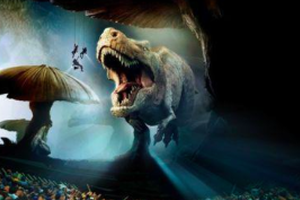 The film tells three different women’s lives in one single day. As Virginia said, a woman’s whole life, just in one single day. They have connections and their experiences can be regarded as comparisons. I want to explain it through some typical objects or scenes in this film.

The first, Flowers. Virginia in 1923 started her novel with the sentence: Mrs. Dalloway said…she would buy the flowers…herself. Please pay attention on the last word ‘Herself’. It remarks the original of Feminism. Women are beginning to aware that they have the desire to do something on their own. In Virginia’s day, her maid bought blue flowers. In 1951, an American woman, who is a young mother with a son Richard and baby in venter. Her husband bought her yellow roses even it is the man’s birthday. She feels upset because she even couldn’t buy flowers by herself. It seems like that everything, even the simplest thing she wants to do are all out of her hand. In 2001, this time is more progressive, the third woman Clarissa Vaughan lives with her girlfriend Sally and they have been together for ten years. Among these three women from different times, only Clarissa put forward she wanted to buy flowers herself and she did. It is a pity that I can’t figure out these three types of flowers since I feel there could be some special meanings in different types of flowers.

The second, Shoes. In 1941, Virginia drowned herself in the river out of her house. When she is floating away with water, the shoes are left behind. In 1952, Laura is going to kill herself in the hotel. She sits on the edge of bed, and puts feet out of shoes slowly. In 2001, after the conversation with Richard’s mother, Laura, Clarissa goes back to her bedroom, takes off the shoes. Shoes, in this film, represents prison to these women, or to say it exactly, they are chains which wrap humans tightly. Once they take off their shoes, they could finally put everything away.

The third, Kiss. In 1923, Virginia kissed her sister Nessa. Nessa was scared and hard to console Virginia, she left in a way more like escaping. In 1951, Laura kissed her neighbor Kitty. Kitty also left her, but in peace, not awkward. In 2001, Clarissa kissed Sally and only this woman didn’t walk away. It reveals the progress of Feminism and maybe also Lesbianism. However, what I want to argue is that under the Feminism and Lesbianism, which viewers can see outside, it is humanity. I notice details when they kiss. Nessa looked hesitated to when she came and to give a kiss on the cheek. She was looking at Virginia’s lips, very strange, and then kissed on her cheek. Kitty looked at Laura and eyes show her desire entirely, maybe just for comfort, but she did need that kiss. People who were kissed did need and long for kiss, but they were scared when the kiss came true. Virginia and Laura gave their kisses with whole courage, but reality treated them cruelly. That’s why they became disappointed and tried to escape after kissing. It is tragic that people can’t admit their desire and need, escaping from own heart, like Nessa and Kitty. It is, more tragic, that people who have finally adapted their own and be brave to show their desires, couldn’t be accepted by this world, like Virginia and Laura.

When Laura and Richard are going to make a cake for Dan, Laura says, we are baking the cake to show him that we love him. Then Richard asks ‘Otherwise he won’t know we love him?’. Laura gives answer ‘Yes’. It sets me thinking a lot. Love is an emotion, a feeling, but still needs to show. People show love through kisses, hugs, touches. It is necessary and very important. Although some people would ignore this in daily life, which quite reduces their happiness.

There are people who look like to be lonely and they seldom walk closely to others. However, it doesn’t demonstrate that they don’t care. I think it is a contrast between 1923 and 2001. In 1923, Nessa doesn’t invite Virginia to her party because she thought Virginia would not come even she invited her. Virginia said, even crazy people like to be invited. Same in 2001, Richard refuses to attend the party which is for him and held by Clarissa. Later Sally points out that Richard always comes to parties even he says no. So that’s what the film wants to tell us. People have different ways to live, to think, to feel. But one thing is certain that people all like the feeling that they are needed and loved. Virginia and Richard are people who are hard to express emotions, like love, but they do own it.

At the end of the film, there is a classic rhesis said by Virginia. ‘ To look life in the face, always to look life in the face, and to know it for what it is. At last, to know it, to love it for what it is, and then to put it away.’ Virginia and Richard choose death while Laura chooses life when they all look their own lives clearly. It is a contrast. To choose death, because they have other people’s love and they couldn’t pay off. It is a reason when Richard said to Clarissa that he felt he lived to satisfy her. It is a reason Richard chooses death and he can’t bear the hours even after the party. It is a reason that Virginia can’t live but still say thanks and love to Leonard.

Laura also deeply knows the essence of life. She just chooses to live, a different choice from Virginia and Richard. ‘It would be wonderful to say you regretted it. It would be easy. But what does it mean? What does it mean to regret when you have no choice? It’s what you can bear.’ Laura is the one who chooses to bear the hours after the ‘party’. There are only two choices, life or death, once you know what the life is (for people like Laura and Richard). And that is why Richard finally understands his mother Laura. Clarissa also knows it and she forces herself to ignore it. This is another way when faced with life. That’s why Laura says to her ‘You are a lucky woman’.

The love, whether is Leonard to Virginia or Clarissa to Richard, is pure and never asks for return. Some people would doubt that why they are still not happy since someone loves them heart and soul. No one asks what they want. It is the love, too heavy for them to bear. I guess even themselves don’t what they real want, from Virginia’s behaviors. ‘ The poetry will die.’ They live in a poetry way.

So, what will you choose when the essence of life becomes clear to you? Life or Death?

It is a wonderful topic about life and humanity.